Research into a possible portrait of Mary 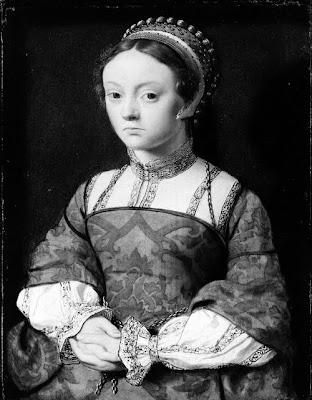 Back in the 1920s a portrait of a young woman was sold to Jules S. Bache in New York as 'English Princess', with the implication that the sitter was Mary. The portrait is by a unidentified Netherlandish artist and has been dated to about 1535.


The portrait is currently being examined by the Metropolitan Museum of Art, NY, who have labelled this as ‘Portrait of a Young Woman’ whilst they look into the credibility of the claim that it is of Mary.


If the dating of the portrait is correct – so 1535 – the implication that this is of Mary is problematic. Mary was still in disgrace by that date and thus not in a position to have her portrait taken (nor is there evidence of her sitting for such a portrait between late 1533 to mid 1536). There is a Holbein sketch dated c.1536 in the Royal Collection that is believed to be of Mary, a date which is more logical given that by the summer of that year Mary was back in her father’s favour upon her decision to recognise her demoted status and her father’s headship of the church. The situation was markedly different in 1535. Furthermore the girl appears younger than nineteen, the age Mary was throughout most of 1535.


Previous analysis of this portrait was insufficient to prove that it was of Mary. Hopefully the current investigation will determine the identity. 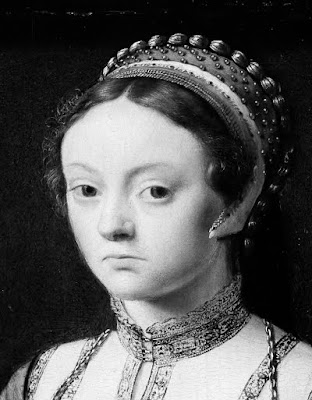