New Work on the Wardrobe of Mary I 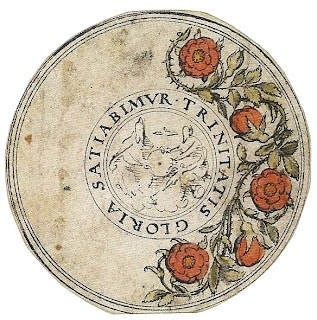 Over a year ago I posted a rather simplistic account of the fashion of Mary I. Very little had been done on this subject except Alison J. Carter’s ‘Mary Tudor’s Wardrobe of Robes: Documentary and Visual Evidence of Mary’s Dress Style as Princess, 1516-1553, and as Mary I, Queen of England’, MA thesis., (Coutauld Institute of Art, 1983). Now there is a new study and one available online. It’s Hilary Doda, ‘Of Crymsen Tissue: The Construction of a Queen. Identity, Legitimacy and the Wardrobe of Mary Tudor’, MA thesis, (Dalhousie University, 2011). According to the abstract:

‘Clothing, together with other bodily adornments, is a valuable tool for communicating loyalty, identity and status. The coded messages inherent in the interplay between garments, bodies and society play a fundamental role in political culture, and the early modern era was no exception. The example of Mary I of England and her wardrobe choices demonstrates precisely how useful this tool could be. Through examination of previously-unpublished warrants, information from Privy Purse records, contemporary accounts and portraiture, this thesis analyzes the contents of and changes in Mary I’s wardrobe through the course of her adult life. By examining what the queen wore and when, patterns emerge that correlate with important parts of her political strategies. The first queen regnant, Mary used her wardrobe as a vital tool in the construction of her identity and self-representation, and as a means of navigating through the political and domestic upheavals that threatened her authority.’ (p. ix)

You read the work here.


(Image - Design for a medallion with a representation of the Trinity by Hans Holbein the Younger, c.1532-43. Pen and black ink with green and red wash. Inscribed ‘TRINITATIS GLORIA SATIABIMUR’ (‘We will be filled with the glory of the Trinity’). The British Museum.

The inclusion of marigolds may indicate that the item was intended for Princess Mary. The 1542 inventory of jewels belonging to Mary recorded that she possessed ‘a grene Tablett garneshed with golde havyng the Picture of the trinite in it’).
Posted by little_miss_sunnydale at 13:53